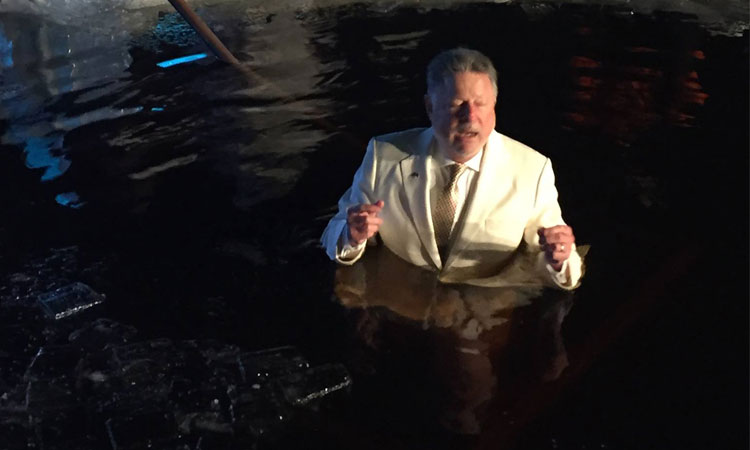 Ambassador Adams delivering his opening remarks – in Finnish – at the Polar Bear Pitching Festival in Oulu.

Ambassador Adams visited the Northern city of Oulu on February 10-12, 2016, for meetings with city officials and local business, cultural, and media contacts. He gave the keynote address at the Fulbright Arctic Symposium that gathered together Arctic scientists, students, policymakers, industry and NGO representatives and other key stakeholders as well as the general public. The highlight of the trip, however, was the Ambassador’s icy plunge. As the opening dip for the Midnight Pitch Fest’s Polar Bear Pitching Festival, the Ambassador braved the near-freezing water and delivered a rousing, entrepreneur-related pitch in Finnish. Live stream carried the feed to over 15 countries globally.