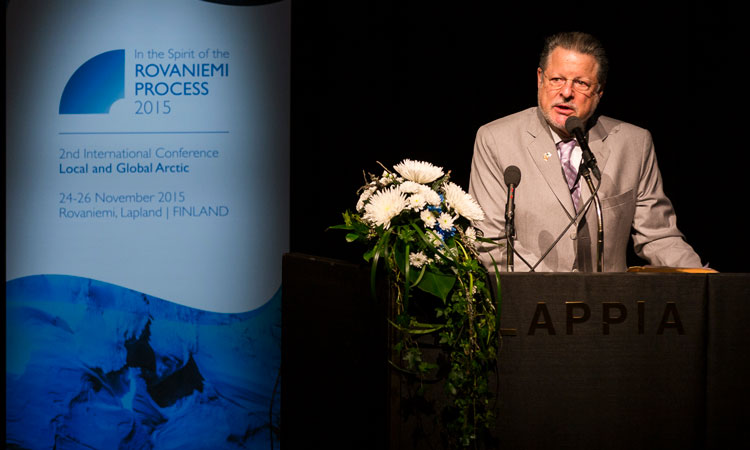 In a keynote speech on November 24, Ambassador Charles Adams outlined U.S. Arctic Council Chairmanship priorities at the second annual “In the Spirit of the Rovaniemi Process” conference. Ambassador Adams highlighted climate change as the driving focus of the U.S. Chairmanship, to include securing a new climate agreement in Paris. “What happens in the Arctic doesn’t stay in the Arctic is true, not just in environmental terms, but also in terms of devising solutions that will drive sustainable development,” said the Ambassador in Rovaniemi.