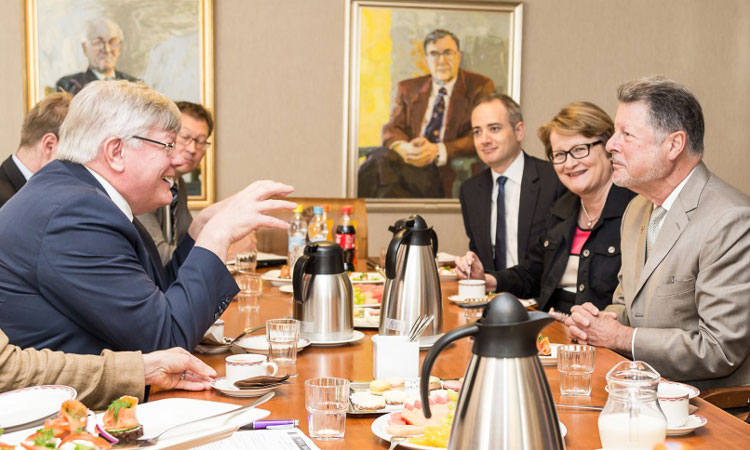 Ambassador Adams at the University of Turku (© State Dept.)

Ambassador Charles C. Adams’ first regional trip outside the Helsinki region since he arrived in Finland in August 2015 was to Turku. On September 9 the Ambassador visited the University of Turku, which is  the second largest university in the country as measured by student enrollment, and the John Morton Center for North American Studies, which was opened in 2014. Ambassador also toured the Turku Science Park, Turun Sanomat newspaper, and Meyer Turku Shipyard, as well as met with City Mayor Aleksi Randell.