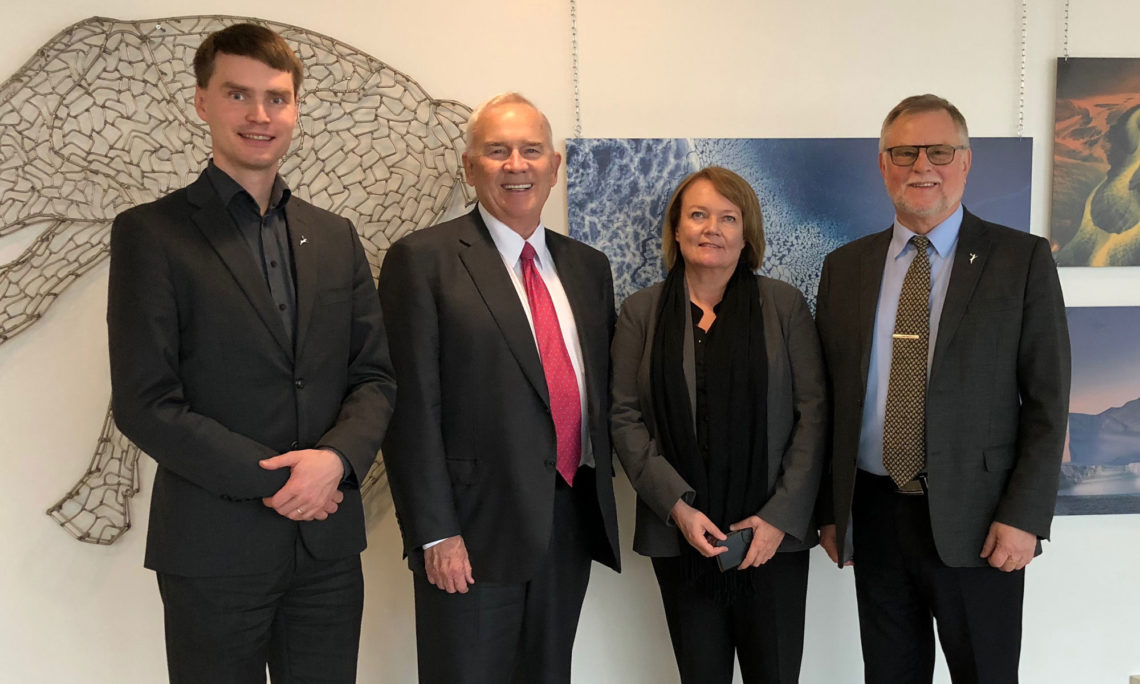 U.S. Ambassador Robert Pence visited Rovaniemi October 11-12 as part of the U.S. delegation to the Arctic Environment Ministers Meeting. The U.S. delegation was headed by Judith Garber, Principal Deputy Assistant Secretary of State in the Bureau of Oceans and International Environmental and Scientific Affairs. The United States aims to safeguard U.S. security, economic and environmental interests in the Arctic, advancing a rules-based framework to govern activities in the region, ensuring access to Arctic resources, and promoting economic growth, sustainable development and environmental stewardship.