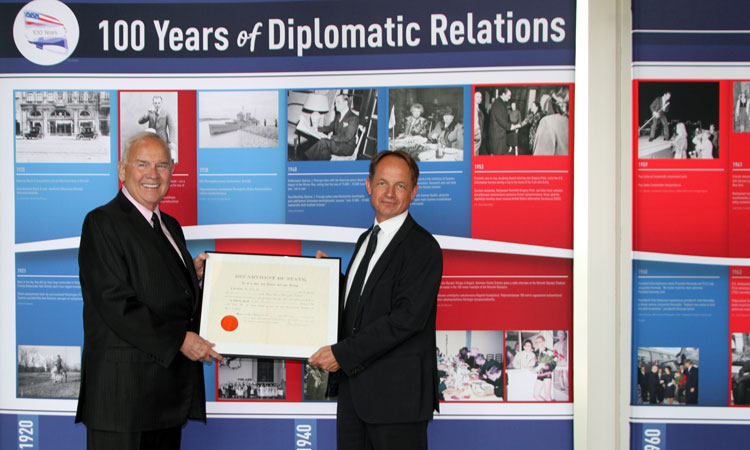 U.S. Ambassador Robert Pence accepted a special donation on behalf of the United States from the company Victor Ek on July 3. Victor Ek Executive Chairman Michael Cederkreutz donated the original 1898 commission of Victor Ek as a vice consul in Helsinki.

The commission, which predates U.S.-Finnish diplomatic relations by more than 20 years, will be transferred to the United State Diplomacy Center in Washington, DC, where it will be preserved as a testament to U.S.-Finnish relations and to the importance of shipping and logistics for diplomacy.

Michael Cederkreutz is a direct descendant of Victor Ek and is the 5th generation at the company Victor Ek. This important artifact showcases the long and enduring history between our great nations. The United States Embassy in Helsinki conveys its sincerest gratitude to Michael Cederkreutz and Victor Ek for this generous donation.