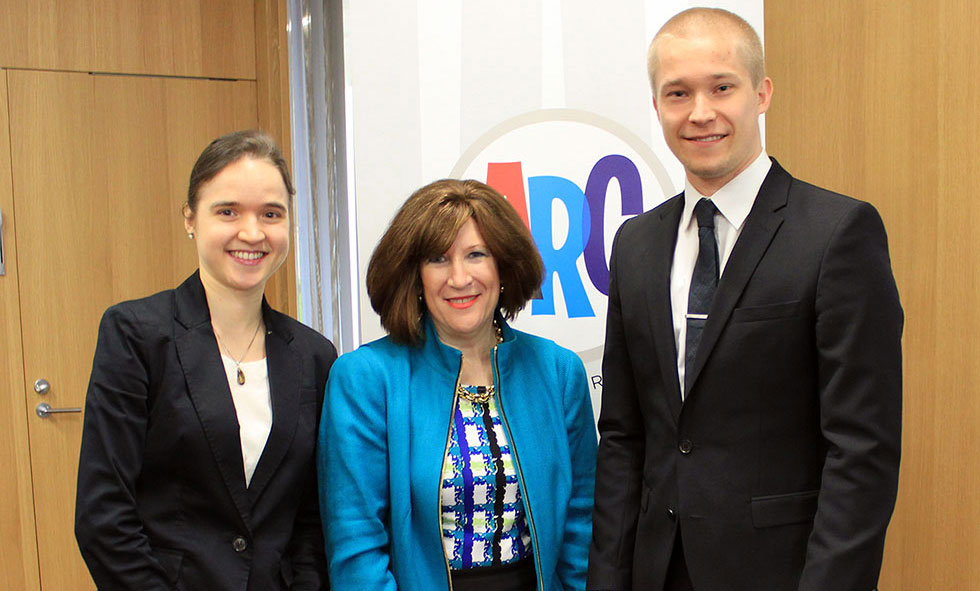 American Resource Center Grant 2014 awardees were celebrated on May 7 at the Helsinki University Kaisa Library. Scholarships were presented to Ms. Anna Wennäkoski and Mr. Joonas Tuhkuri. Anna Wennäkoski prepares her thesis to Hanken School of Economics and the title of her thesis is “Examining the Undisclosed – A Comparative Analysis of the Protection of Trade Secrets in the European Union and in the United States.” Joonas Tuhkuri is finalizing his studies at the Department of  Political and Economic Studies at the University of Helsinki and the title of his thesis is “Big Data: Do Google Searches Predict Unemployment?”

The ARC Grant program has awarded students working with their Masters since 2006, and the next application period will start in September 2015.