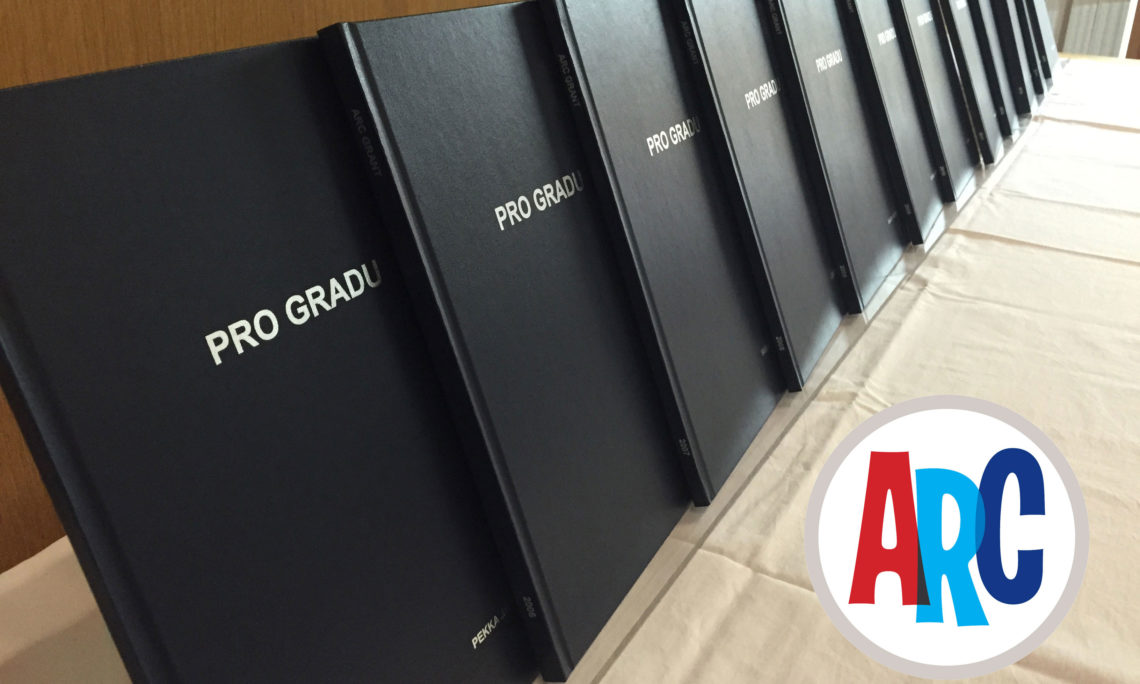 To celebrate Finland’s 100th birthday, two ARC Grant recipients were selected  and both were awarded with 1,000€ grant:  Ms. Helmi-Riikka Olkinuora and Ms. Anni Öberg, both students at the University of Helsinki. Their Master’s Theses are titled – respectively -“The Changing Role of the Teacher in 21st Century Education: A Case Study on Teacher Interventions in a FUSE Studio Makerspace”, and “Bannack Ghost Town: A Colorless Reflection of America’s Western Past.”

In addition, a special Finland Centennial Mention Award went to Sara Saramäki, a student at the University of Helsinki, for her Master’s Thesis “American Parties’ Policies towards Europe in the Post-Cold War Era – A Comparative Analysis of the Democratic and Republican Party Platforms.”