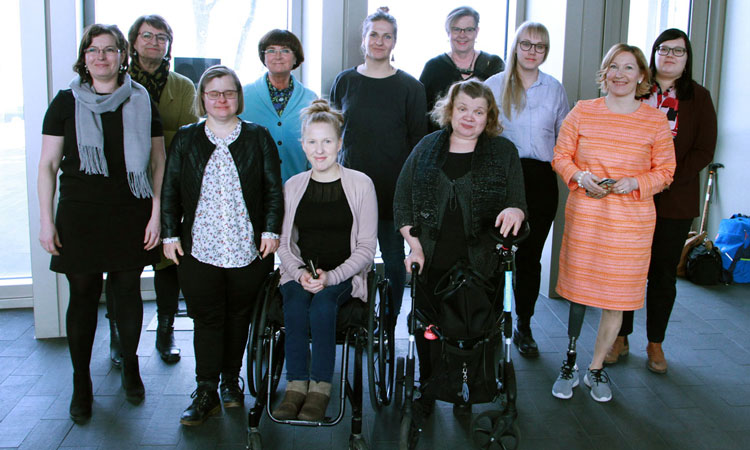 A group of Finnish women gathered at the U.S. Embassy for a live stream viewing event on Tuesday, March 6. The members of the group represented a wide range of organizations that focus on supporting persons of disabilities, sports, or both. A few past and present athletes were also present. The event preceded both the 2018 Winter Paralympics, as well as International Women’s Day, with the goal of facilitating a world-wide discussion on women in sports, particularly female athletes with disabilities.

The interactive live show was moderated by Ann Cody and featured two American Paralympians, Anjali J. Forber-Pratt and Scout Bassett. The athletes talked about their athletic careers, highlighted the importance of diversity and inclusion in sports, and discussed the obstacles that persons with disabilities face. They also took turns answering questions coming from viewing parties all over the world.

After the live stream, the group discussed the current situation in Finland for women with disabilities, both in competitive and recreational sports. The group raised several topics, such as financial issues and a lack of trainers. The group also identified positive developments, for example in the form of sports events open for everyone. The embassy looks forward to future discussions and collaboration with this incredibly passionate group.