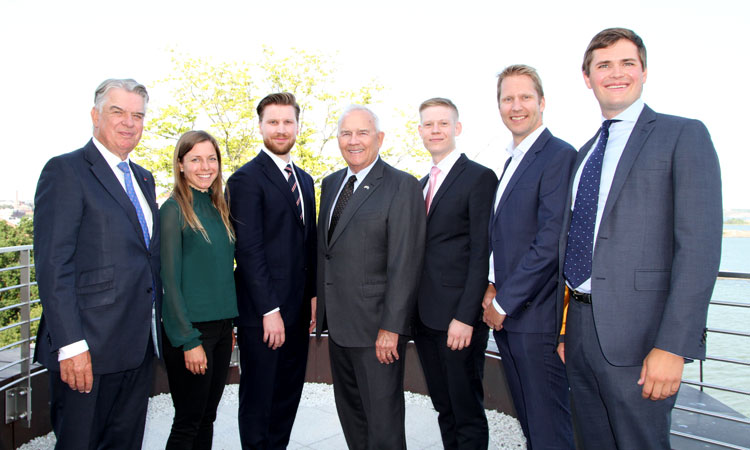 The annual Björn Savén Finnish American Scholarship was granted to Mr. Lassi Tervonen in a ceremony held at the U.S. Embassy on Tuesday, August 13, 2019. Ambassador Pence, Mr. Björn Savén, and Kristiina Helenius from the League of Finnish-American Societies congratulated Mr. Tervonen for the 35 000 euro grant for PhD studies in economics at the Boston University in the academic year 2019-2020.

More photos of the event available on our Flickr album.