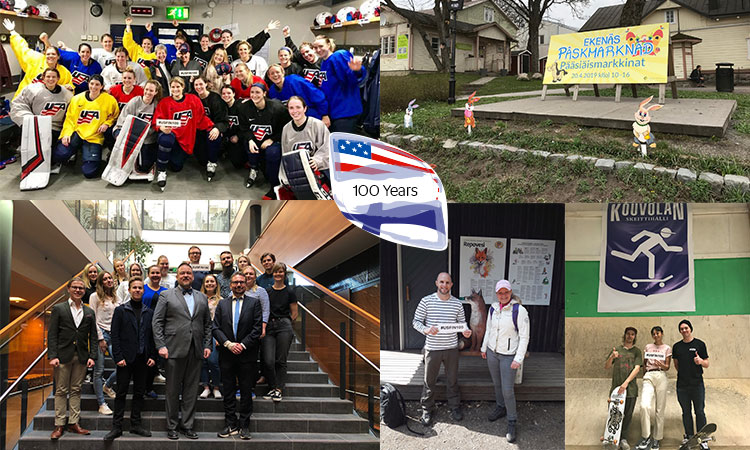 April 2. Espoo: Chargé d’affaires Donna Welton met with the U.S. women’s ice hockey team at Espoo Metro Areena. The World Championships began on April 4 with a match between the U.S. and Finland. (24/100)

April 17. Musiikkitalo, Helsinki: The U.S. Embassy celebrated the 100th anniversary of U.S.-Finnish diplomatic relations at Musiikkitalo in Helsinki on April 17, 2019. The program included a joint concert by a clarinet quartet from the United States Air Forces in Europe (USAFE) Band and a clarinet ensemble from Kaartin Soittokunta. (Image: Jari Flink) (27/100)