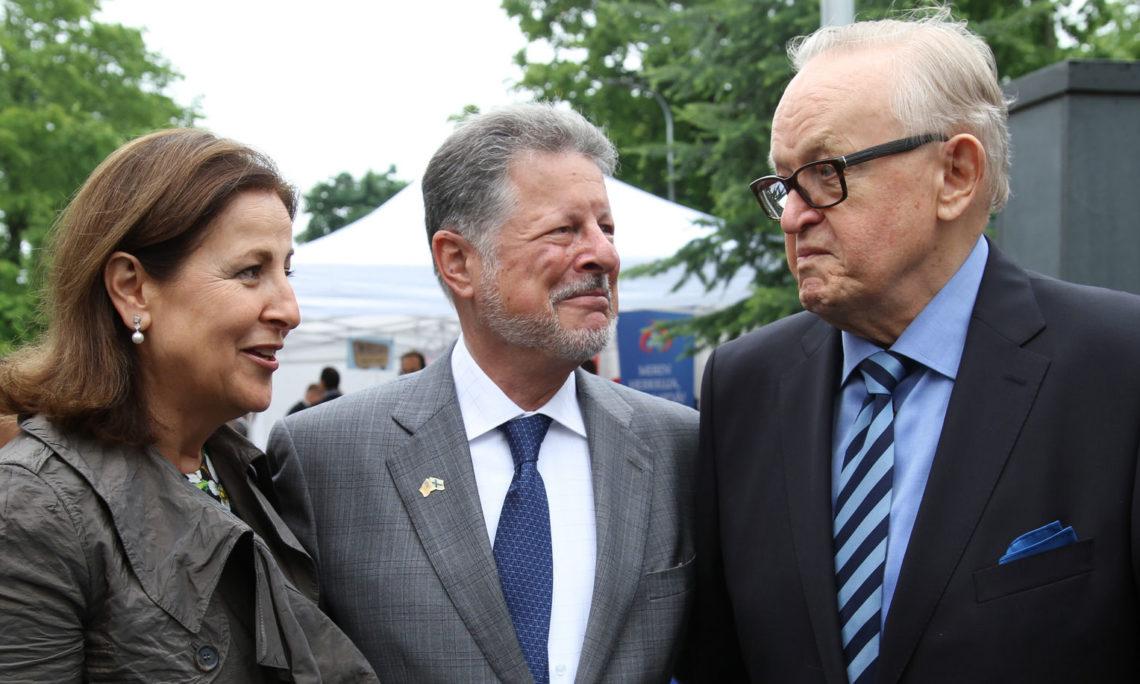 On June 16, Ambassador Adams hosted the 240th anniversary of the Independence of the United States of America. The Arctic was the central theme, in order to highlight the United States’ Chairmanship of the Arctic Council. Alaska is the U.S.’s slice of the Arctic and it featured prominently in the celebration – from an Alaska-inspired menu to backdrops showcasing Alaska’s natural beauty. Over one thousand Finns came to “chill with us,” commemorate our independence, and celebrate #CoolUSA!