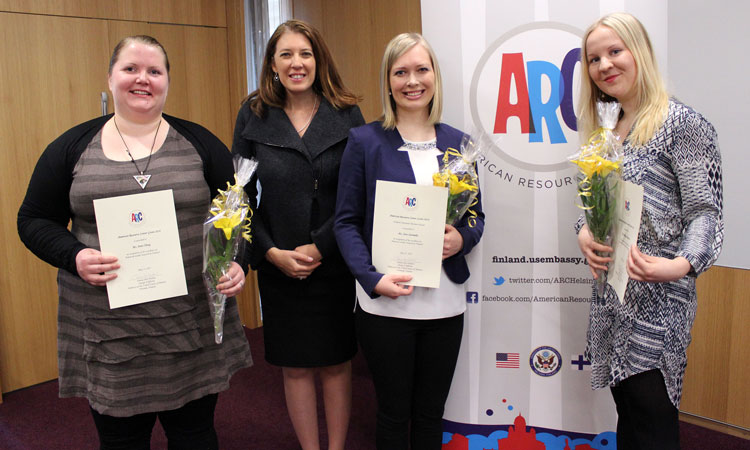 Assistant Public Affairs Officer Jeanie Duwan had the pleasure of congratulating the ARC Grant 2016 winners at the Kaisa library on May 11, 2017.

In addition, a special Finland Centennial Mention Award went to Sara Saramäki, a student at the University of Helsinki, for her Master’s Thesis “American Parties’ Policies towards Europe in the Post-Cold War Era – A Comparative Analysis of the Democratic and Republican Party Platforms” (working title.)

The American Resource Center has been running its successful grant program for Finnish university students who are working on their Master’s thesis that concentrates on the United States since 2006. So far, 18 students have received the award.