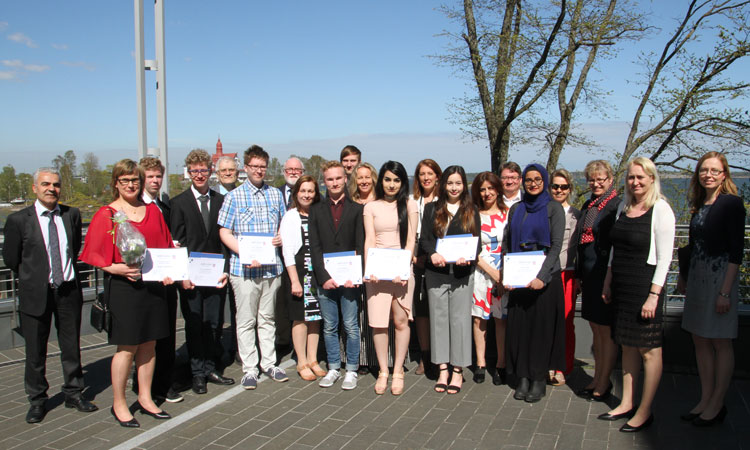 The U.S. Embassy Helsinki had the pleasure to host the winners of the League of Finnish-American Societies essay contest on May 22nd, 2017.

The contest has been held since 1980, and this year over 250 upper secondary school students from 73 Finnish high schools took part. The participants had 1.5 hours to write an essay related to a topical issue in the United States or Finland.

The winners received their awards and certificates at the Embassy. The first prize winner, Lavin Ali from Martinlaakso high school, received flight tickets, sponsored by Icelandair, to the United States as an award. Ms. Ali wrote her winning essay with the title “Asylum Seekers: a Possibility or a Threat to Finland?”

The Embassy thanks the League and Icelandair, and congratulates the winners of the contest!

More pictures of the event can be found at the Embassy’s Flickr album.