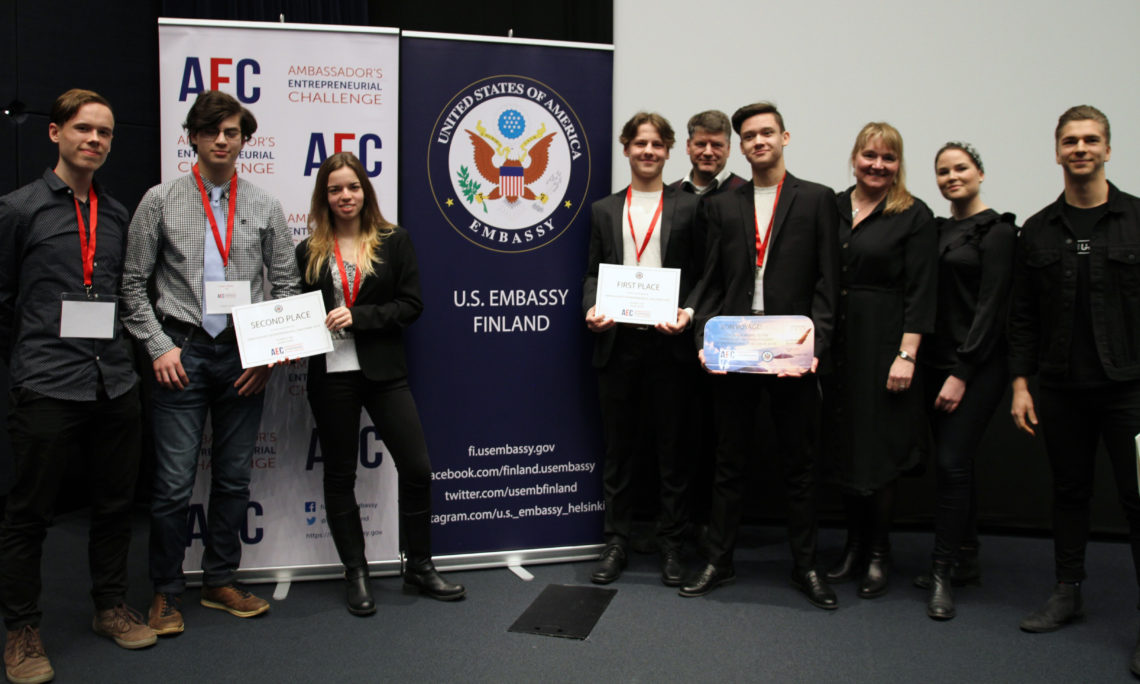 The winners of the 2019 Ambassador’s Entrepreneurial Challenge 2019 were selected on Friday, December 13, 2019, after a competition at the beautiful Oodi Library.

Fifteen teams from both categories participated in the AEC 2019 finals. The students were selected from regional semi-finals in Helsinki, Imatra, Jyväskylä, Kajaani, Oulu, Tampere and Vaasa. The first day of the two-day program included a workshop on public speaking by Kelly Keodara and a visit to the U.S. Embassy.

The U.S. Embassy Finland thanks all participating teams, mentors, and jury members for making the AEC 2019 a success!