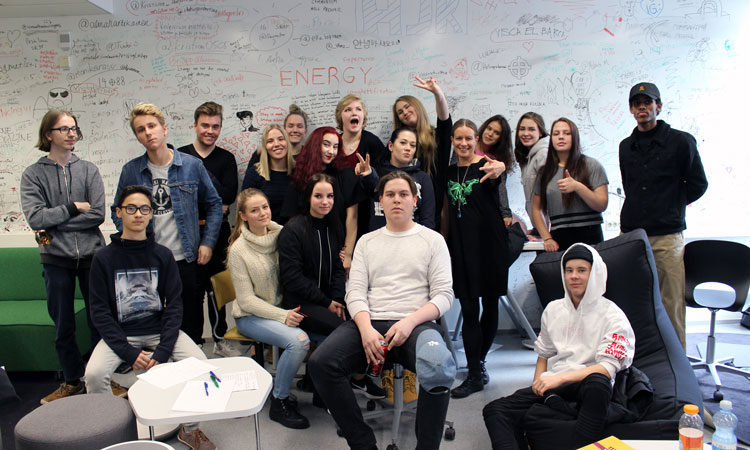 “Arctic Dialogues: Building Cultural Bridges” includes two components: a visit to Finland by an Alaskan children’s book and travel author Tricia Brown; and storytelling workshops uniting high school students in the Northern and Southern Finland as well as in Alaska.

Storytelling Workshops Unite Teenagers in the Northern and Southern Finland as well as Alaska (October-November, 2017)

The U.S. Embassy Finland sponsored a Finnish rapper and spoken word artist Rauhatäti (Hanna Yli-Tepsa) to teach storytelling workshops in Ivalo and Tikkurila  in Finland. Around the same time, an Alaskan musician Emily Anderson taught a similar workshop, sponsored through a non-profit run by Kris Capps, to students at Tri-Valley and Nenana in Alaska. The Alaska workshops were arranged by Karen Martin, an Alaskan teacher, who has visited Finland as a Fulbright teacher.

During the workshops, students explored their Arctic identity, wrote their own texts, and performed them to others. The students had the opportunity to learn about each other through a closed Instagram account and a closed Facebook group. A booklet introducing the Finnish and Alaskan participants including their names, photos, interests, and general descriptions of their hometowns and the Arctic region was also distributed.

Interview of Hanna Yli-Tepsa describing the project on Youtube (in Finnish with English subtitles; 8’14 mins)

More photos of the storytelling workshops at Flickr albums: 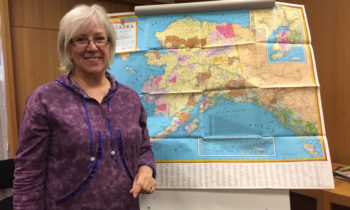 Alaskan children’s book and travel author Tricia Brown visited Finland October 21 – 28, 2017, as part of a U.S. Embassy program to strengthen grassroots dialogues between the United States and Finland on Arctic issues. During her program she had a chance to meet and interact with Finns of all ages, all walks of life, both in the South as well as the North.

A Whirlwind Week in Finland by Tricia Brown. November 8, 2017.