Home Home | News & Events | Notes from a BFTF Program Participant: “The Summer that Changed My Life” 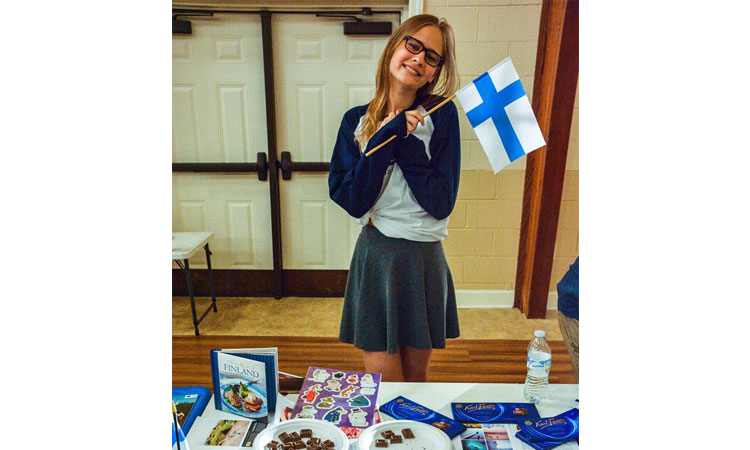 On the first day of the Benjamin Franklin Transatlantic Fellows Institute (BFTF or simply The Ben as I would soon know it), the organizers sat us down in the lecture hall that would soon become our home and begun to tell told us about what was to come. They spoke of rules, classes, and all of the expected mundane things. However, at the very end, I remember someone telling me “this summer will change your life.”

At the time I felt hesitant. I knew that it was an amazing opportunity, but my head wouldn’t allow me to believe that it would change my life. After all, there were so few things in the world that I considered to be ‘life-changing.’ I brushed off the idea, refusing to believe that anything would truly be that different when I got back home.

Little did I know how wrong I was.

Whilst I was there, on the campus of Wake Forest, I hadn’t noticed anything different about me. Everything felt natural, as if the way things were was the way they had always been.

Yet, somewhere in between the classes, the museum tours, the meetings with the US Department of State, and the late nights with my friends, I had changed.

I was no longer the same person. Unlike other fellows, I hadn’t become more outgoing. Instead, I had become more reserved. I learned to listen more than I spoke, hearing about the political crises and tensions that I could never have imagined. I became more inspired, hearing the stories of amazing projects created and implemented by the mentors. It felt as if I had the world in my hands, as if anything was possible.

The entire summer I was placed in situations that I had never experienced before, with people who were so vastly different than the friends I had back home. With conversation, I learned more about the word, and in a way also more about myself. In the end, I feel as if the person that I had become contained a small piece of every person I had met that summer, from every fellow, mentor, and organizer.

After the month, we had to leave and say goodbye. All of the 55 fellows spent the last night crying, being unable to believe that it was all ending. But for me, the experience didn’t end when I got home.

Just one day after my flight, I met with the previous BFTF fellows from Finland. We sat together, drinking coffee and talking about our experiences. In that café, I understood that the experience would never truly be over. After all, I was still working on a project with other fellows. We had all still been in contact, and many of us were already planning reunions.

After getting back, everything felt unnatural. The entire world seemed to spin in a different direction, and I don’t think that it will ever go back to how it used to be. But then again, I don’t think I want it to. The experience shaped and changed me as a person, and I would never want to go back.