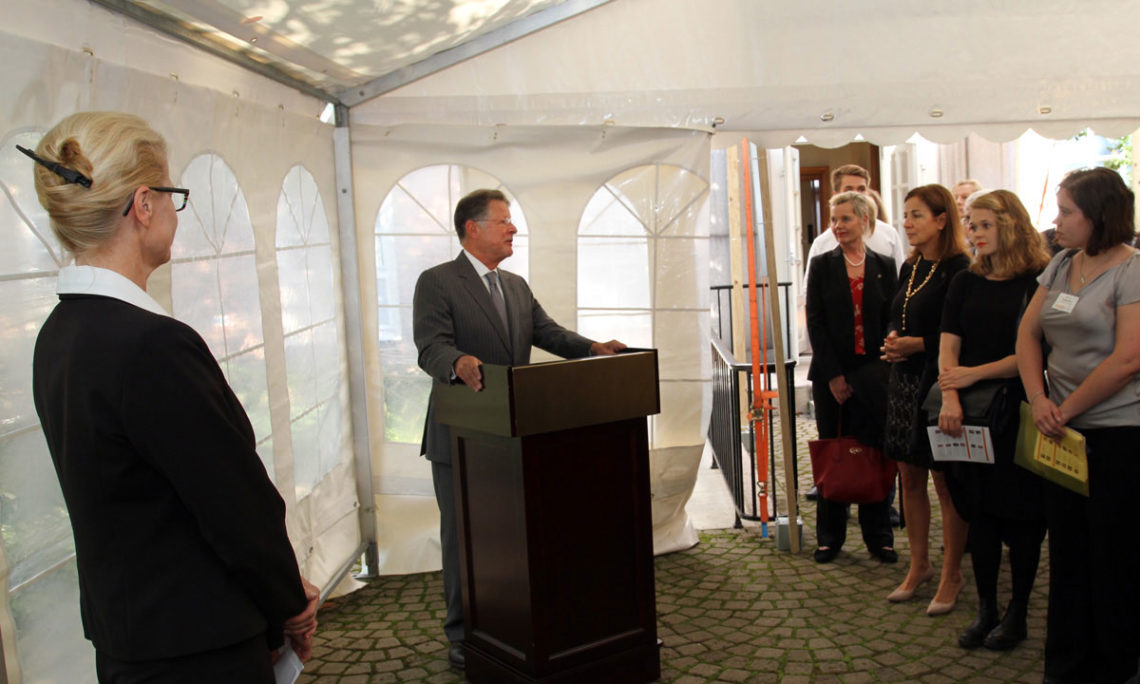 Ambassador Adams giving welcoming remarks at the reception in honor of the 2016-2017 American Fulbright Grantees at the U.S. Embassy Finland. (© State Dept.)

Ambassador Charles C. Adams hosted a reception in honor of the 2016-2017 American Fulbright Grantees at the U.S. Embassy Finland on August 23, 2016. The keynote speaker was Permanent Secretary at the Ministry of Education and Culture Anita Lehikoinen. Altogether there will be over 40 American students, researchers, teachers, and experts in Finland in 2016-2017.