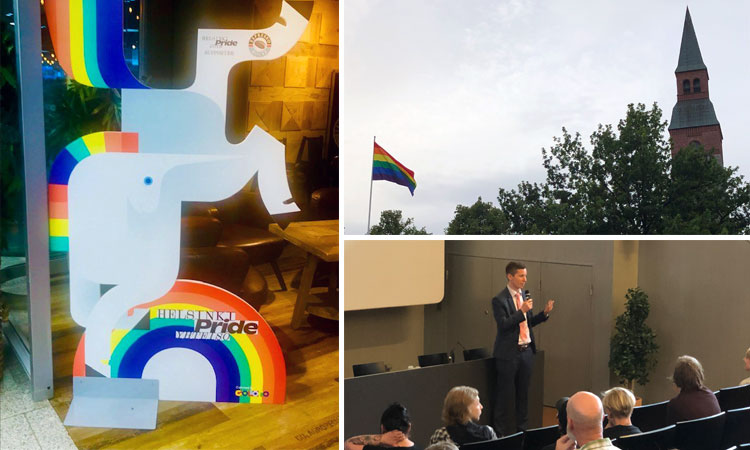 Please note: due to the huge success of the documentary night on Tuesday, “Stonewall Uprising” will be screened again at the National Museum of Finland (Pride House/Auditorium) on Wednesday, June 26, at 16 – welcome!

This year is the 50th anniversary of Stonewall in New York City, which launched the American and global LGBT+ rights movements. The first Pride marches were held in the United States in June 1970 in Chicago, Los Angeles, New York, and San Francisco.

To celebrate Stonewall 50, the U.S. Embassy Finland organized a screening of the documentary “Stonewall Uprising” on Tuesday, June 25, in cooperation with Helsinki Pride -yhteisö. Over 200 people gathered at the Finnish National Museum, which serves as this year’s Pride House.

Helsinki Pride Week culminates in the Pride Parade this Saturday, June 29. We hope to see you there. Happy Pride!