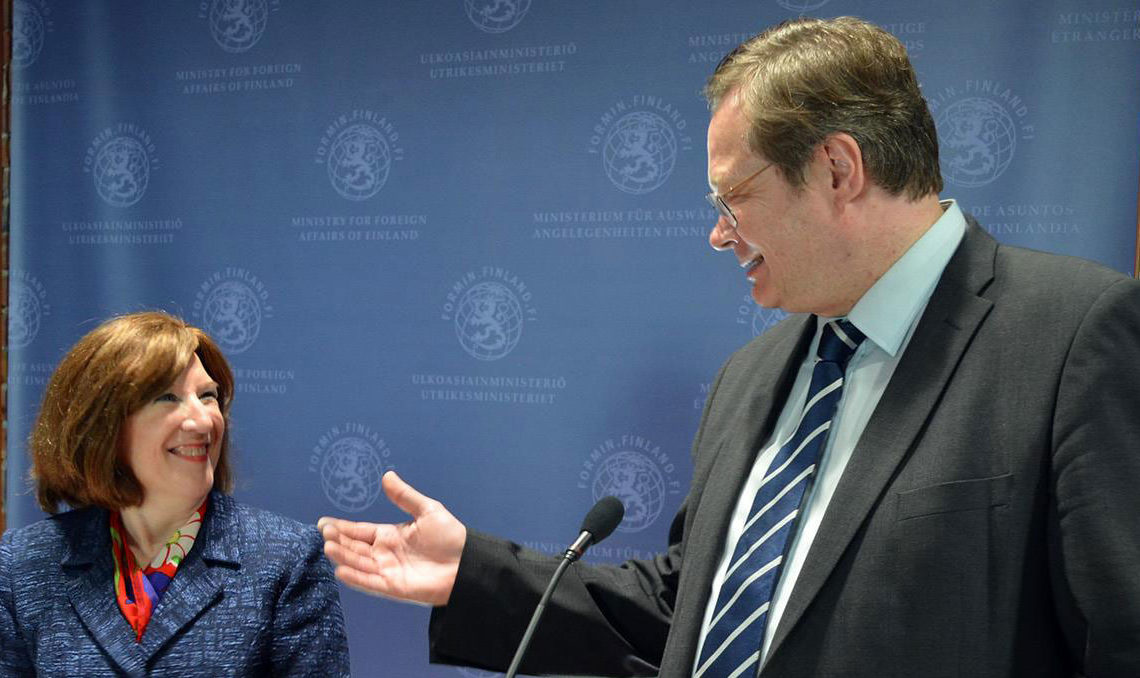 Susan Elbow, Deputy Chief of Mission of the U.S. Embassy in Helsinki and Jouni Mölsä, Director General from the Ministry for Foreign Affairs and the Chair of the Finland-America Educational Trust Fund. (© Fulbright Center)

The Deed of the new Fulbright Finland Foundation was signed on Friday, May 13. This major milestone will enable the changing of the legal status of the current Fulbright Center from a commission to a Foundation. Over the past decades, the Fulbright Center in Finland has developed significantly and reached a point where the change in its legal status to a Foundation is needed in order to enable the growth of Finnish-American academic and cultural exchanges even further in the future.

To quote the President of the Republic of Finland Sauli Niinistö on the 60th Anniversary of the Finnish-American Fulbright program: “Over the past six decades, the Finnish-American Fulbright program has become a model of excellence for the world’s most well-known global exchange network, providing thousands of individuals the opportunity to serve as academic and cultural ambassadors and become leaders in their field. At the same time the Fulbright Program’s positive role in Finnish-American relations has been immeasurable. Fulbright has been called the best and most cost-effective public diplomacy program our two countries have ever had.”