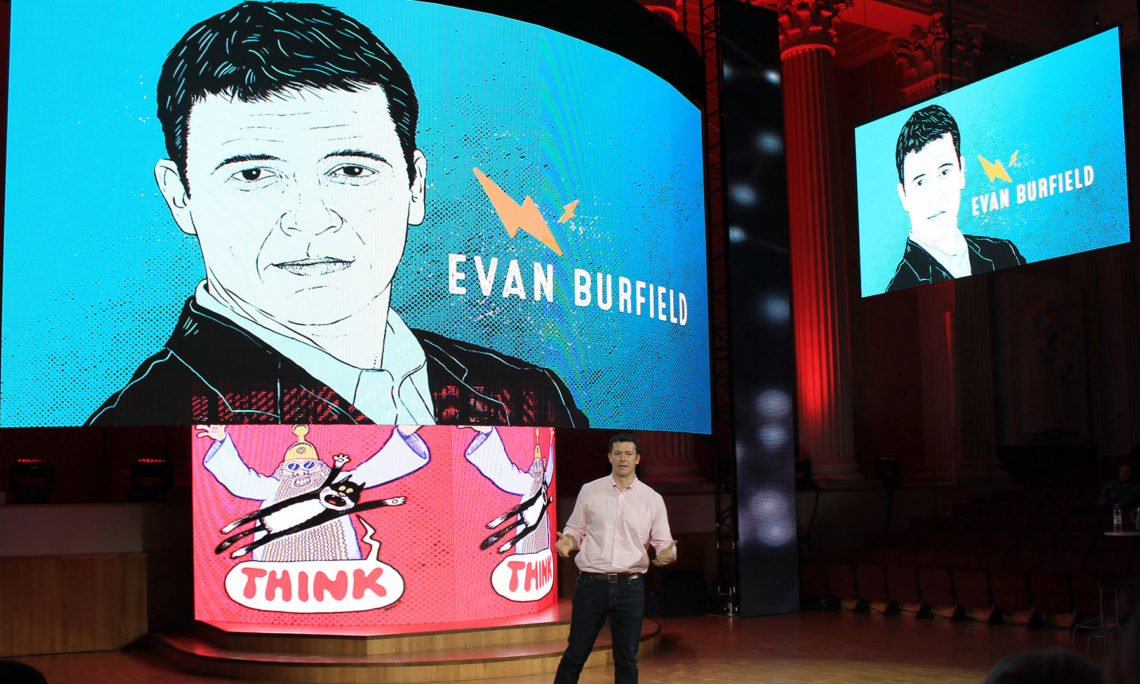 Evan Burfield, an American entrepreneur and co-founder of the startup incubator “1776,” visited Helsinki September 1-4, 2015 as a guest speaker of the U.S. Embassy.  Mr. Burfield’s visit honored the on-going 375th anniversary of the University of Helsinki, and the 20th anniversary of the cooperative partnership between the American Resource Center and the University Main Library.

During his visit, Evan Burfield met several audiences from students to scientists, and he discussed the many ways that entrepreneurship and startups can solve global problems.  In particular, he talked about  “1776,” which is a global incubator and seed fund that helps startups transform industries that impact millions of lives every day—education, energy & sustainability, health, transportation and cities.

Mr. Burfield was one of the international speakers of Thinkfest, an urban science festival organized by the University of Helsinki, giving presentations at the events of “VOX Helsinki” and “Think Helsinki, Think”.