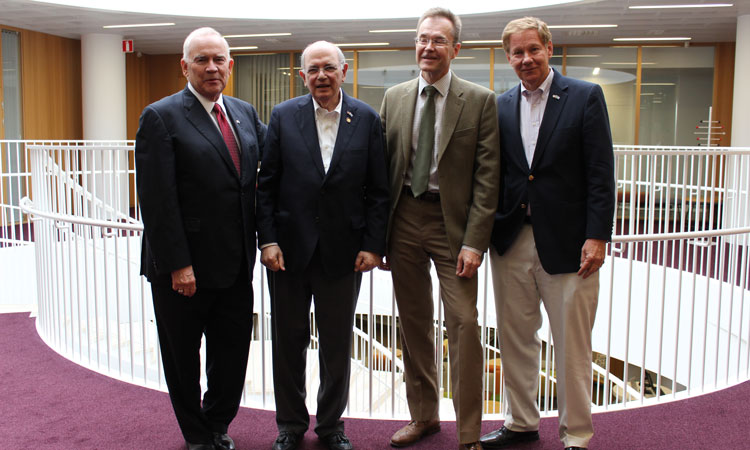 The U.S. Embassy hosted retired Congressmen Tom Davis (R-VA, 1994-2008) and Martin Frost (D-VA, 1979-2005) August 27-30 for a series of programs on U.S. elections in Helsinki and Turku. In addition to public events at the University of Helsinki and the John Morton Center in Turku, Mr. Davis and Mr. Frost spoke with young political leaders, academics and researchers, journalists, parliamentarians, and think thanks. U.S. Ambassador to Finland Robert Pence participated in several of the sessions. During the four-day program, Davis and Frost highlighted through often spirited debate many of the major issues important to Americans in the upcoming mid-term elections. If you are interested in catching part of their program, please check a YouTube video for their joint interview produced by the students at Helsinki Media High School.