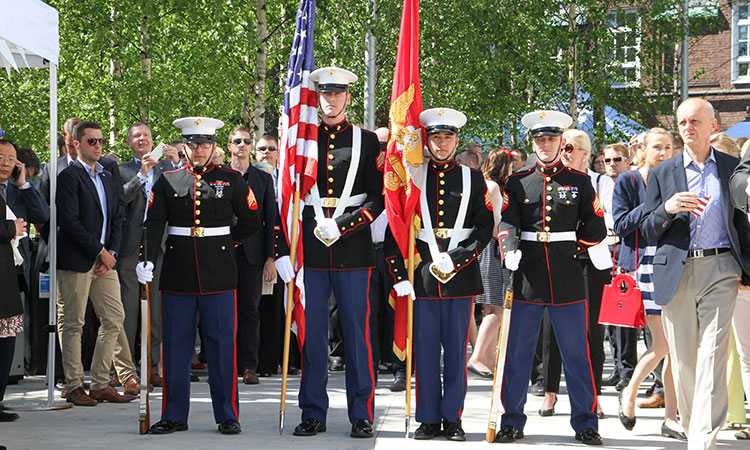 On June 15, Chargé d’Affaires Donna Welton hosted the 241st anniversary of the Independence of the United States of America at the U.S. Embassy in Helsinki. In order to highlight the United States’ vast diversity in natural beauty, cultural and culinary tradition, and innovation, the theme of this year’s celebration was “From Sea to Shining Sea.”  More than a thousand Finns came to commemorate our independence and celebrate #50States!